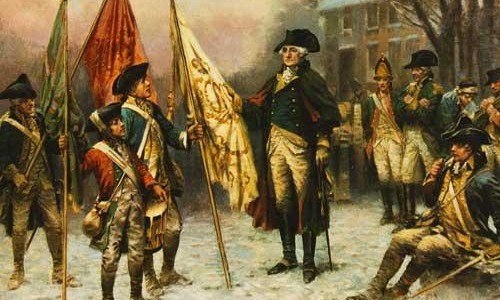 February is a popular month among our past presidents – both George Washington and Abraham Lincoln were born in February (as were William H Harrison and Ronald Reagan), and President’s Day falls on the third Monday of the month. But who exactly does President’s Day celebrate?

It all started in 1800. After George Washington’s death in 1799, his birthday (February 22) became a national day of remembrance. The 1832 centennial of his birth and the start of construction of the Washington Monument in 1848 kept Washington’s memory in the national spotlight, and the tradition endured. In 1879, Washington’s Birthday officially became a federal holiday. At first, it was only celebrated in the District of Columbia, but in 1885 it was expanded to the whole country.

Washington was the first individual to be honored with a federal holiday; it would be another 98 years before Martin Luther King, Jr. became the second.

As we all know, President’s Day doesn’t fall on Washington’s February 22nd birthday. This is because in 1971, Richard Nixon signed the Uniform Monday Holiday Act. This law shifted several federal holidays from predetermined dates to designated Mondays. The bill received support from both the private sector (who knew that more long weekends would increase retail sales) and labor unions (who liked the idea of more long weekends for workers). The Uniform Monday Holiday Act also included a provision to combine Abraham Lincoln’s February 12th birthday and George Washington’s February 22nd birthday; in many states, both birthdays were celebrated.

Thus, President’s Day was born. Though originally intended to celebrate Washington and Lincoln specifically, the holiday is now popularly seen as a day to celebrate all presidents, past and present.

Some states have even chosen to customize the holiday by adding new figures to the celebration. Arkansas, for instance, celebrates Washington as well as civil rights activist Daisy Gatson Bates. Alabama, meanwhile, uses Presidents Day to commemorate Washington and Thomas Jefferson (who was born in April).

United States Flag Store is here to answer all your questions. Feel free to give us a toll-free call at 1-877-734-2458 or email us at support@onlinestores.com. 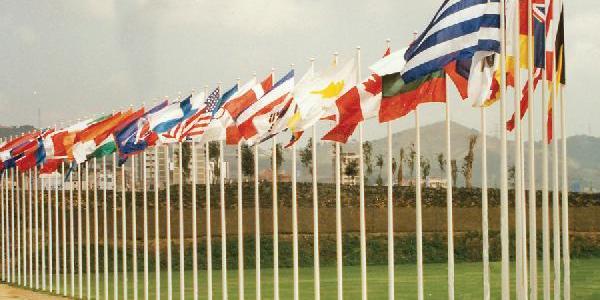 While every country has its own flag, these symbols of patriotism sure do bring up a lot of inquiries. From why certain symbols are chosen to what the colors of the flags mean, we’ll examine some interesting facts about the flags of the world.

Flags are national symbols. Every country decided on a specific flag as their national symbol. Before flags, certain groups of people used decorated spears and decorated staff which showed their cultural symbols. Later people used ribbons, leather, or silk decorations on the spears to differentiate their group from another group. Flags flown in the 18th century told others that this particular land belongs to them and that they rule over the people and land.

All cultures use certain symbols with are meaningful to them. Some symbols are even universal, as they have the same meaning all over the world. Here are the symbols that are most used in flags:

Sun: The circle of the sun symbolizes unity and energy. Japan is referred to be the “land of the rising sun” and uses the sun (simplified as a circle) in its national flag (pictured). Another country that uses this powerful symbol is Argentina.

Moon: The moon is usually displayed in crescent shape to distinguish it from the symbol of the sun. In combination with a star, the moon represents divinity. Tunisia’s flag (pictured) has three powerful symbols in its national flag; the red crescent moon and one-star rest in a white circle representing the sun. Turkey and Singapore also use the moon as a symbol on their flag.

Stars: Constellations of stars often represent energy, especially when depicting the night sky or star constellation. The American flag (pictured) is affectionately known as “Stars and Stripes”. Other countries using the stars as a symbol are Australia, New Zealand, and Brazil.

Cross: In ancient times, the cross only symbolized the different points of the compass. However, in the 4th century, the cross was also taken as the symbol of faith. Countries that use the cross symbol include England’s St. George Cross (pictured), Sweden, Norway, and Switzerland.

Triangle: The three points of a triangle represent the Trinity (Father, Son, and Holy Spirit) in Christianity. The triangle often also symbolizes strength and power. Countries that use a triangle as a symbol are: Bahamas (pictured), Eritrea, Sudan, American Samoa, and others.

Square: The four even lengths of the square symbolize balance and equal opposites. The Swiss flag is the only square flag in the world.

White is the color most used in flags (at 17.7%), while red is second and in third place is yellow. Let’s go over what each color means.

White stands for peace and innocence. This is also the color of purity. It symbolizes light and perfection. In many countries, white is also associated with death (wave the white flag for surrender).

Yellow stands for happiness and energy. It often symbolizes the sunshine. In China, yellow is considered to be the imperial color.

Blue stands for tranquility and calmness. It often symbolizes the water and the sky. The color is often associated with trust and loyalty, as well as with wisdom and harmony.

Green stands for freshness and fertility and is a symbol of nature and new growth. It also is associated with stability and safety.

Orange stands for joy, creativity, enthusiasm and even revolutionary ideas. As a combination of red and yellow, it is usually associated with strength, passion and activity.

Black stands for darkness and mystery. It is also associated with power and strength.

Purple stands for passion and wealth. The combination of red and blue is associated with luxury and elegance, but also with power and independence. Only a few countries use purple or violet in their flags: Nicaragua, the Second Republic of Spain, and Dominica (pictured).

United States Flag Store is here to answer all your questions. Feel free to give us a toll-free call at 1-877-734-2458 or email us at support@onlinestores.com.