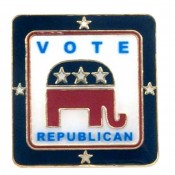 When I was growing up we had Civics Class. Civics taught you what it meant to be American, in a country where you had the right and honor to be apart of the what is bigger than just you but the community in which you live. Civics: the study or science of the privileges and obligations of citizens. Webster Dictionary. Being a good citizen is voting.

The timeline of our country’s voting has not always been to encompass all. The beginning brought only white and landowners in 1790. In 1870, the 15 Amendment was passed to include former slaves and all men of any race. In 1920, suffrage movement guaranteed women the right to vote. In 1965, the Voting Rights Act was passed to protect the rights of minorities and eliminates any poll tax. Finally in 1970, the age requirement was lowered to 18 years old.

I have always felt it a privilege and an obligation to vote. I do so with pride and honor. I do not vote a straight ticket. I research each fellow citizen. I also read up on laws to be voted on and try to make an informed decision.

Tomorrow, I go back to where I voted for the first time when I turned 18. I remember being so excited. My mom took me and as we stood in line, I was so new and naïve. Knowing that by voting, I will put my mark on history to bring about change.